Free this week: Beyond the Edge of Dawn

Posted on November 26, 2018 by christianwarrenfreed

I promised to giveaway a free book every week for the rest of the year. This week’s entry is a little ditty I came up with while running around a bombed out palace in the center of a lake in Baghdad. Every night I would try to glimpse through the barred windows to see Saddam Hussein as he awaited trial. I never got to see the tyrant, but he inspired a book out of it.

Set in the world of Malweir, this story goes waaaaaaay back in time to the fall of Gaimos and the founding of the order of Mages. A stand alone novel, Beyond the Edge of Dawn is a rowdy ride through battles, monsters, and the threat of the dark gods return. Enjoy and as always, read on, my friends. Read on. PS if you already have it and read it please leave a review. I can’t wait to hear what you think! 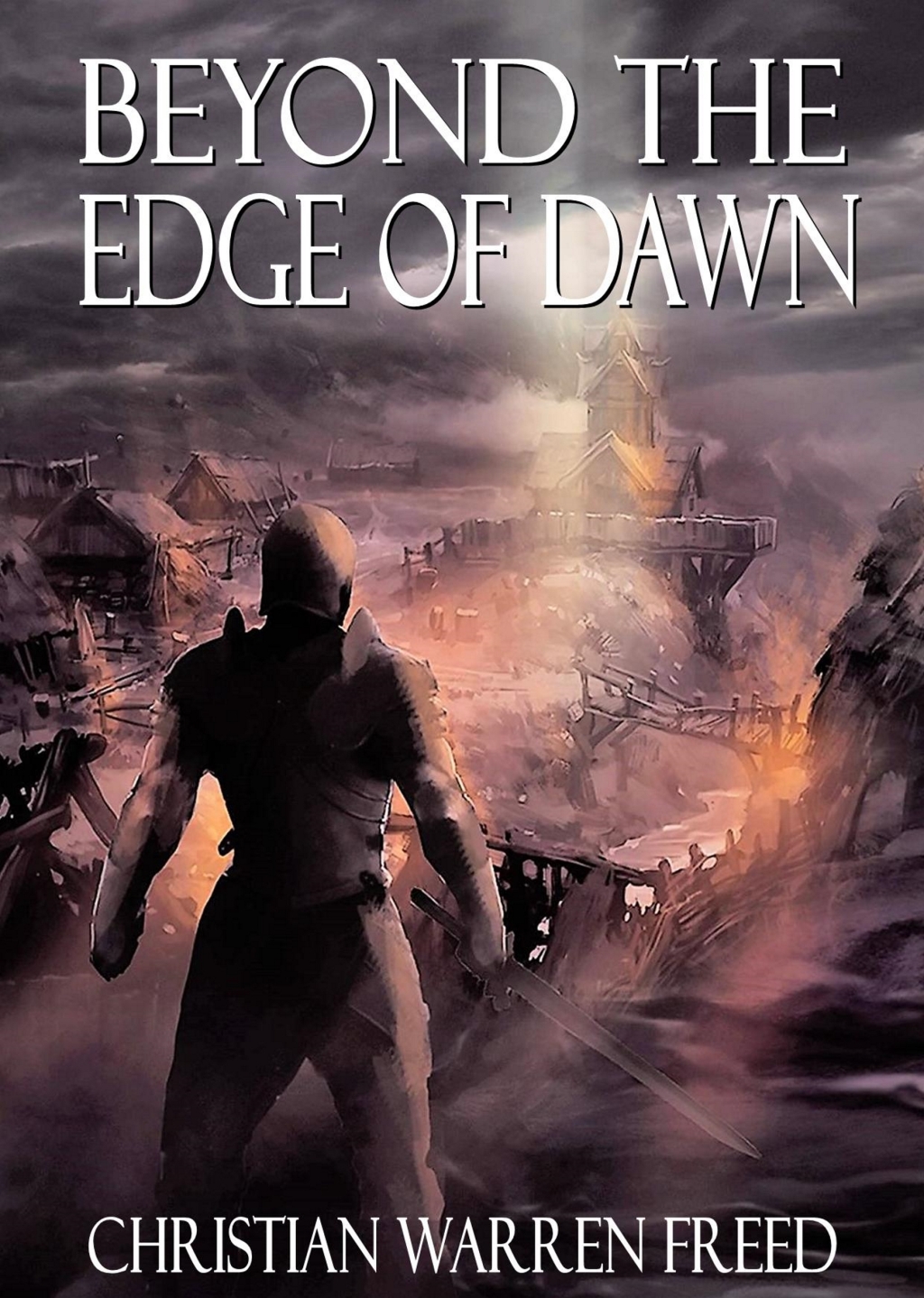 The Knights of Gaimos are legendary. The very best warriors in the world. Their kingdom was once among the most revered the world over. Once, but no more. Now Gaimos is destroyed. The remnants of it’s people scattered across every kingdom. Kavan was one of the last sons to be born into Gaimosian society before the fall. Now kingdomless, he does what every good Knight was made for: he roams Malweir in search of the perfect battle. What he finds, in the dead of winter in the kingdom of Aradain, goes beyond any expectation. Werebeasts and agents of evil lurk in the shadows, quickly preparing the land for the return of the dark gods. For Kavan, it will be a struggle just to stay alive.
Half the world away, Pirneon, the former Knight Marshal of Gaimos, languishes under petty jobs. He lacks the sense of purpose that once guided his life. His desires for a rebuilt Gaimos conflict with the morality of being a knight. Pirneon views the world march by at swift pace as his own blood-kin slowly fade into the obscure pages of history. Pirneon will do anything to reclaim his position and the glory of his fallen kingdom. He, above all others, secretly covets the title by which the rest of Malweir knows them: Vengeance Knights.
This third installment to the Histories of Malweir saga stretches back to the time before the creation of the Mages. Where the world was still wild and dangerous. Monsters and villains strain to open the paths between dimensions and return the dark gods to rule. Only a handful of brave men and women stand in the way. Journey back to the time following the fall of Gaimos and bear witness to the remnants of a military society struggle to retain identity and roam the world over on a quest for righteousness and, perhaps most of all, vengeance.